How My Dad’s Dyslexia Helped Me Understand My Transgender Daughter 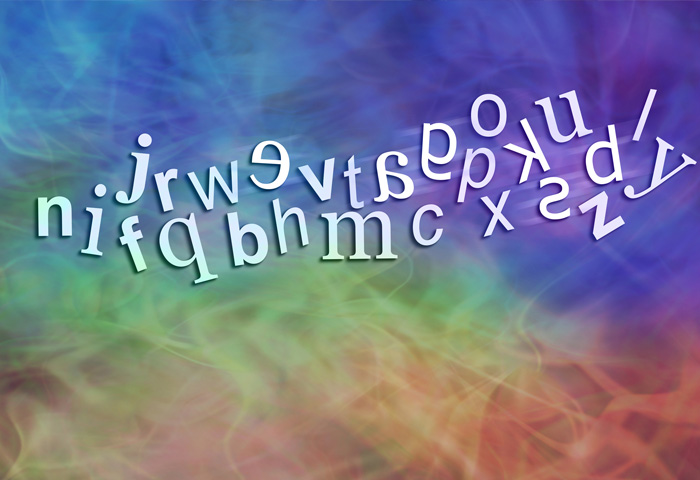 My Dad was born in 1939. In the 1940’s when my Dad was in elementary school, he struggled academically. He remembers telling a teacher when he was about 9 that he didn’t see the letters and words the way they told him he should. He was told that he was lazy and stupid and if he tried harder, he would do better. When he was about to move from 8th grade to high school, they held him back to repeat 6th grade. Instead of being in grade above his younger sister, he was now in the grade below her. By the time he was a freshman in high school, he was turning 16 and the principal told him that there was nothing more they could do for him and he should go get a job. That made little sense since he was barely 16 years old and he couldn’t read.

My Dad had dyslexia. No one understood that at the time, but that didn’t change his experiences. He was repeatedly told by the adults in his life that what he knew to be true in his brain (that the way he saw letters and words wasn’t like everyone else) was wrong.

Fast forward to parenting our middle child. From outward appearances, we believed that our middle child was a boy. From the time our child was 2 years old, the only expression we saw was feminine. She would take towels from the kitchen drawers to fashion into long hair and skirts. She had an affinity for mermaids, princesses and fairies. She only played with “girl” toys.We didn’t understand what was going on. We assumed we had a gay son. We had no idea it could be something else, something even bigger.

Over time we started understanding her better. Her pediatrician had advised us to re-direct her by reminding her of her body parts. One afternoon, she wanted to take a pair of dress up shoes to her friend, Brooke’s, house. Following the pediatrician’s advice, I said, “Maybe the shoes should stay here.” When she asked why, I replied, “Because remember, you have boy body parts.” Looking a little confused, she responded, “What about my brain? I have a girl brain and that’s a body part.”Uhhhmmmm…..what did she just say? I quickly gathered my wits and with great wisdom replied, “Ok, well, have fun and don’t be late for dinner.” How would you have responded in the moment? I wasn’t prepared for that statement. She was so clear and I was so fuzzy.

Not long after that she told me that she had a girl heart and soul. It was during that conversation that I really began to understand what she had been trying to tell us. I was looking at her sweet, innocent face while she was trying to explain her innermost feelings and sense of self and I flashed to the memories my Dad had shared. When my Dad tried to explain his lived experience, no one believed him. No one took him seriously. No one knew what he was trying to tell them and no one knew he was right.

After generations of children experiencing shame, embarrassment, and feeling less than, we began to understand and diagnose dyslexia and other learning differences.  I wondered how was what Kate was sharing with us any different than my Dad telling the adults in his life about how his brain worked? She was telling us about her brain, heart and soul. Who was I to assume that I know anything about how that is for her? I also saw how damaging those messages were to my Dad’s psyche and sense of himself and I didn’t want us to do that to another child. I promised myself in that moment that I would keep listening to her without any attachment to the ultimate outcome. I owed that to her and I owed that to my Dad. We didn’t know it at the time, but the ultimate outcome was a couple of years later when she transitioned to live as her true self – as the girl she is in her brain, heart and soul.